No sooner had the ink had a chance to dry on Love, Bill, that I’ve been plagued by the constantly recurring question, “So, what’s your next book?” It was bad enough that while I was working on the book I had to endure, “So, when will the book be finished?” Well, it is, and now that doesn’t seem to be enough…

What is it about our culture that can’t allow us to savor the moment, enjoy the present without having to immediately move on to the next thing? You know, “smell the roses.” Never mind the fact that my first book wasn’t  part of a grand scheme, but rather a pleasant surprise that kinda happened. I’m still getting used to the idea that I’m a published author. Or that it took me five years to conceive and write it, and in the process, it dredged up deep emotions and personal soul searching. Oy…exhausting. And there’s no logical sequel here. Or the reality that I am always writing — just other things like lectures, museum labels, and even struggling to write something periodically (apparently not enough) on this blog. And never mind that I’m still trying to navigate the confusing world of social media — an author “have to do.” Or that it takes an almost full-time effort, not to mention the considerable expense, to market the current book. Writers like Stephen King and John Grisham have a whole team supporting them; they also have achieved the fame that allows them to do nothing but write — good for them. It’s not so easy to shamelessly self-promote the book in every social situation you find yourself in. What about the fact that the book is only now garnering a healthy number of awards and recognition? Can’t I at least take the time to enjoy each new gold or silver sticker that I get to affix to each book cover? Even the Oscars wait a year between award ceremonies.

So where does that leave me? I will never say “never” when it comes to writing another book. Just like with Love, Bill, I don’t know if or when the inspiration might come. But it will have to be an equally compelling project to be worthy of an Act II. Yes, I certainly enjoyed the creative process. I loved the research and the joy that came from seeing the words flow onto the computer screen — sometimes it was as if they came from a place far beyond me. And yes, there is nothing like the feeling of opening that first box of books. I don’t think that I’ve ever felt so proud of an accomplishment in my life. I would love to feel that rush again. In the meantime, however, allow me to bask a little longer in the glow of Love, Bill. It took me most my life to create it. I think it’s only fair  to be given a fraction of that time to replace it with something else. 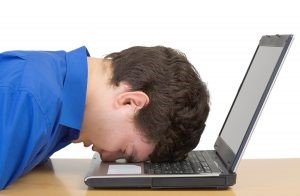